Primary Pupils Get Busy in the Wild at Holkham 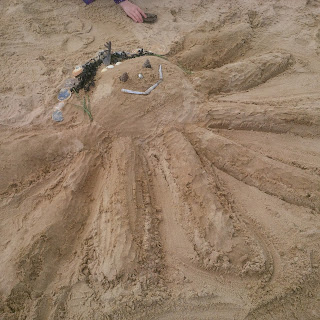 This Summer Term has been jam-packed full of school visits to Holkham by primary pupils from all over the eastern region. We have had tremendous fun, as well as learning a huge amount about the Holkham's history and amazing variety of habitats. Classes from Reception through to Year 6 have enjoyed working with us in the Hall, the Deer Park, the farmland and, of course, in the Pine Woods and Beach at Wells. Using their experiences with seaside habitats and nature as an inspiration, children have produced some fantastic sand sculptures. 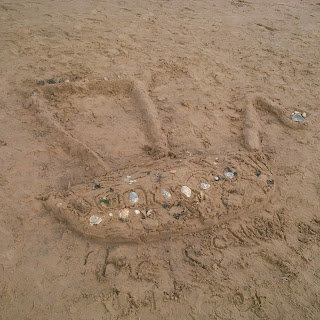 The octopus and the very lifelike dredging boat, which works the Wells channel, were two of our favourites! 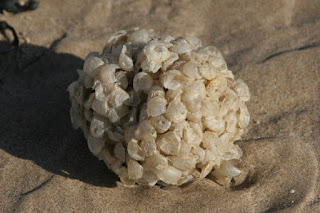 With lots of changeable weather, including strong winds, rain and storms, conditions for scavenging sea treasures on the strand-line have been excellent. Buckets have been filled with razor clam shells, crab exoskeletons, oyster shells, bladder wrack and the odd dogfish and ray egg cases. Also, a few eagle-eyed children managed to find some really unusual tidal debris. Full points to them for their observational skills! Pupils are always surprised to find out that the little balls of 'bubble wrap' that can be found blowing around the tide-line are actually the egg cases of sea snails called Whelks. Each ball can contain thousands of tiny eggs and they used to be used by sailors as washing sponges. 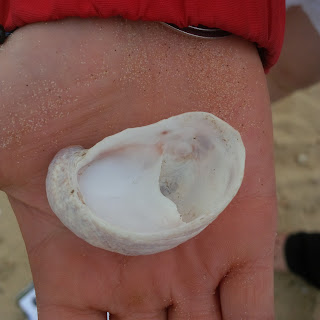 Top discovery of this season goes to this superb Slipper Limpet - something we had never seen before on Wells Beach. The shells are absolutely beautiful and look like they might have been carved out of marble. These non-native creatures often attach themselves to larger invertebrates such as crabs, mussels and scallops and have actually travelled across the Atlantic Ocean, from North America, on the bottom of ships. They also stack on top of each other and we love them! 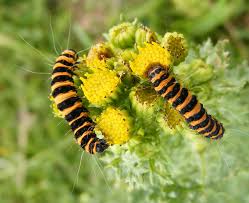 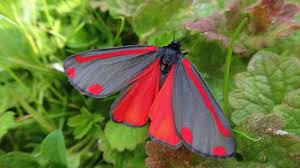 Away from the sandy shores, pupils have also been getting tremendously busy in the Pine Woods, which were planted by hand in the 19th century and provide a valuable windbreak for the National Nature Reserve grazing marshes. The woodland habitat here is a home to a plethora of species and this year has been particularly good for observing the spectacular Cinnabar Moth and its caterpillars. 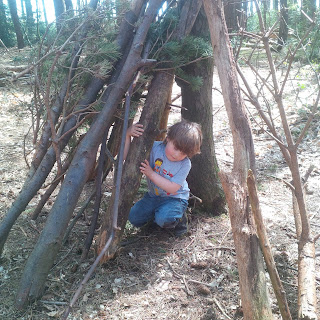 Education Co-ordinator 'Bear' Wills Clennell has been teaching pupils all about the Survival Triangle of fire, shelter and food/water, and helping them to design and build some truly awesome dens. We know that pupils that have visited us at Holkham would be okay if they were stuck in the wild for a night! 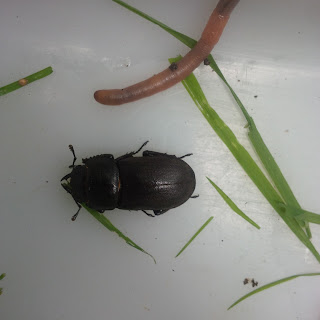 Norfolk's finest young naturalists again showed fantastic skills during some of our mini-beast hunts in the Deer Park woods. Another first for Holkham was this monstrous Lesser Stag Beetle - more of a mega-beast than a mini-beast! They have huge, powerful jaws and their larvae depend on the dead and rotting wood of Beech and Ash trees, which are abundant in our woodland. 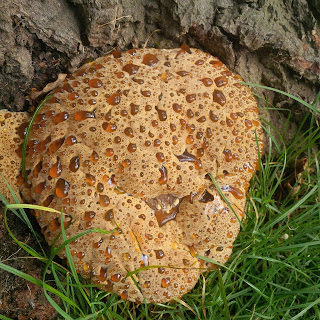 Not a mini-beast, but something equally scary looking was discovered attached to the bottom of an oak tree. Oozing amber coloured puss, this unusual find was eventually identified as Oak Bracket Fungus, which can attack the root systems and heartwood of oak trees. We quickly told Harry, our Head Forester, about it! 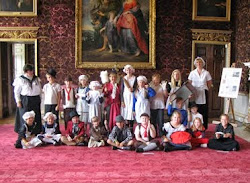